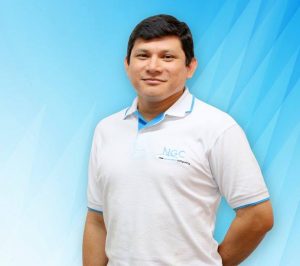 A socket uses TCP (transmission control protocol) Protocol to carry out the connection and communication between its terminals; A terminal is the point end in the communication where it is located the process to connect.

The sockets are designed under an architecture known as client / server.

What is the importance of the sockets?

Currently many applications are implemented using sockets internally. For example: the managers of databases relational, chats, tools for the control of versions, services in the cloud, e even them pages that request in the internet is sent and receive in them browser through sockets.
Programming sockets have great importance due to its widespread use. Through them and in conjunction with a design pattern we can implement a robust and extensible web service as it is the case of a Broker.

To simplify this reading, we will make reference to a process such as an application or program that will be executed on a computer.

Differences between Sockets and pipes

A pipe is basically a space of shared memory between processes which can be accessed orderly within a same computer. Them sockets to difference of them pipes (Pipes) transmit information without import if them processes in which is housed is found or not within the same computer.

Sockets programming
A socket is connected by configuring the following:

Process for communication between sockets

A socket that serves as server operate in the following way:

Generally the waiting is performed within a cycle infinite.

A socket client function of the following form:

As an example for this reading, we will create 2 sockets. The first will be as following the steps described above and the second server will act as a client. The chosen programming language is C#. Other 2 sockets will be programmed in JAVA to illustrate the sockets programming as a concept.

The details of the implementation of the socket them can review in them codes attached to this reading.

The code of the server socket Description:

We then describe the steps taken in the code for the communication with a socket from the server. 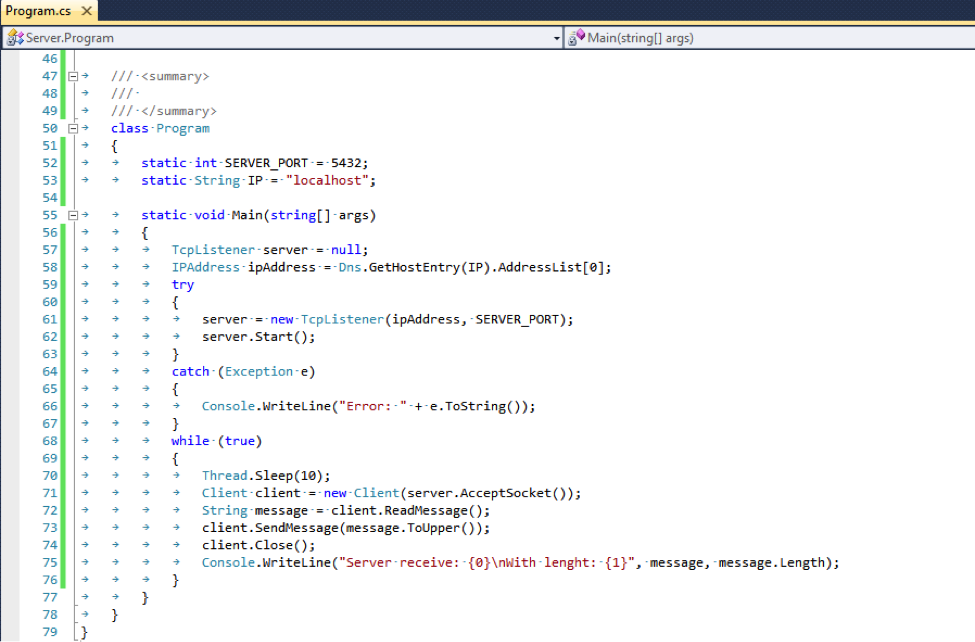 Line 61: is creates an object of the type T:System.NET.Sockets.TcpListener which accepts connections to engage in communication with some other socket customer. This object serves as a server socket.

Line 62: start the server using the method Start() to wait by connections inbound.

Line 68: creates an infinite loop so that the server will wait for incoming connections.

Line 71: the server can receive connections of socket in another process using the AcceptSocket() method.

Line 73: the received message is sent back to the socket to start the connection making the message received in capitals.

Online: 74: it closes finally it connection with the socket client.

We then describe the steps taken in the code for the communication with the server socket from the client.

Line 54: the "Hello World" message is sent to the server using the created socket.

Line 55: the response received from the server is received and stored in a string of characters. In this case the string will contain the same sentence sent to the server only as uppercase.

Line 56: finally closes the connection with the server.

He result of run both programs would be the following (remember run first the server and then the client): 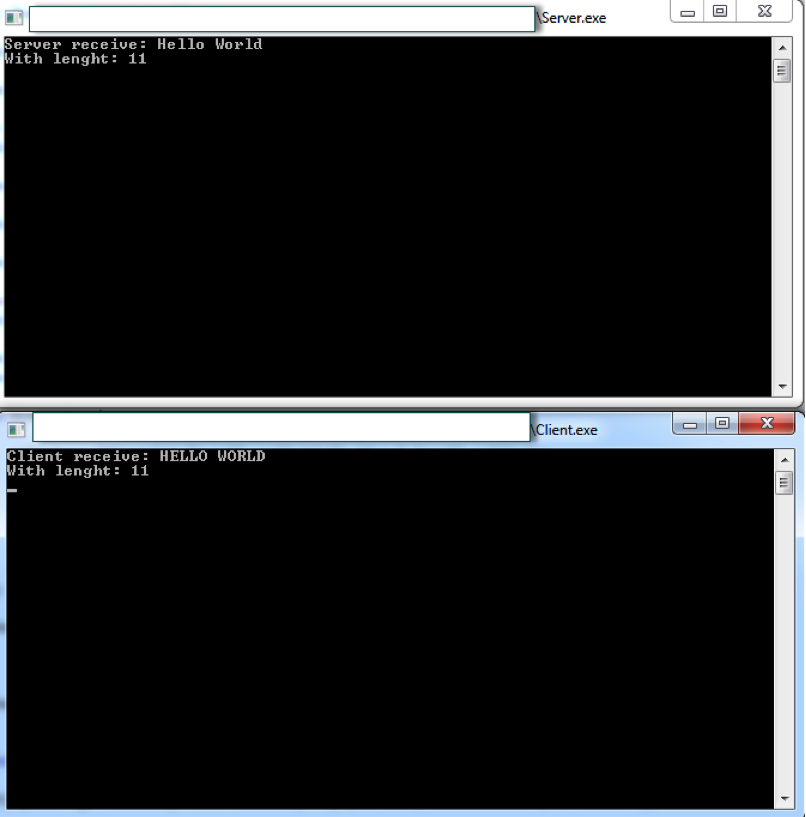 In this link you can download the sockets in C language programming examples # and Java: